Are you familiar with mole verde? I've always loved mole poblano, the chocolate-based mole, and knew that there are many other types of mole — red rojo, pumpkin seed-based pipián from the Yucatan, even a white mole made with pine nuts — but had never tasted green mole verde from the Guanajuato region until last week. I was invited to La Cocina, the non-profit kitchen incubator, to learn how to make this regional dish at the hands of Lupe Guerrero of El Pipila, one of their charter businesses.

El Pipila is one of the businesses who will be featured at this Friday's O, Mole Night dinner at Ghirardelli Square, where some of San Francisco's top chefs, like Traci des Jardins, will be collaborating with La Cocina's female food entrepreneurs to interpret mole multiple ways. This is the kickoff event for El Mercado, a joint effort with Do415, showcasing local artisans, and closing with La Tamalada, a hands-on class where you'll learn to make four kinds of tamales. Tickets to O, Mole Night and La Tamalada are available now; El Mercado is free.

Lupe was in La Cocina's kitchen with her mother and daughter, three generations of mole-making prowess. Like many other moles, this one is a mixture of herbs, spices and nuts that are pulverized into a thickened sauce. What sets mole verde apart and gives it its vibrant color are tomatillos, serrano chilies, and fresh cilantro and spearmint. The mixture includes sesame and pumpkin seeds, but somewhat unusually also peanuts. 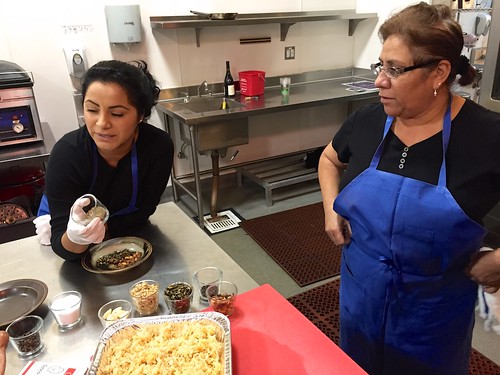 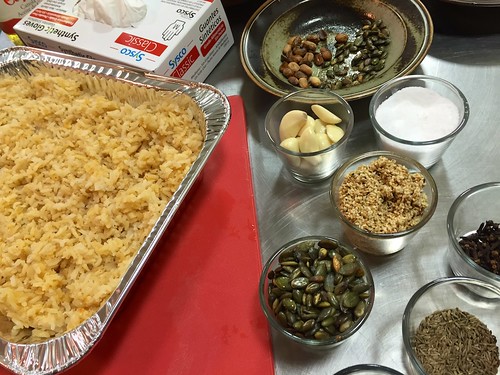 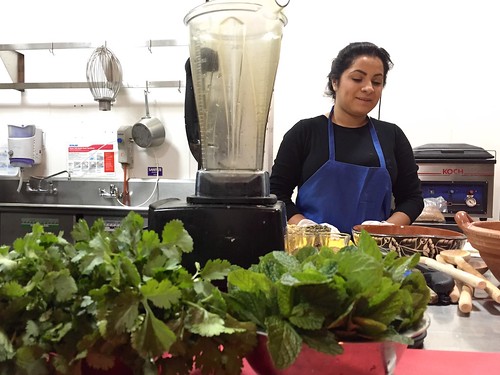 While the tomatillos and serranos were stewing, abuela fried up the pork chops. 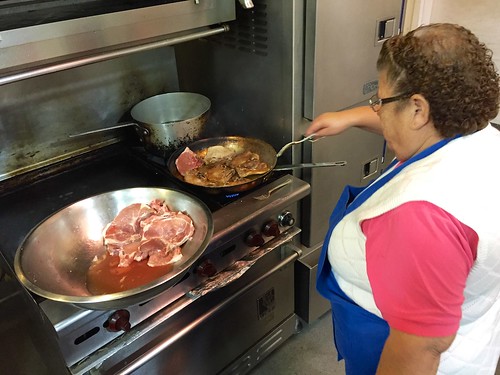 Meanwhile, we had to make the fresh tortillas. Although I am a fan of the fresh masa tortillas from La Palma, the ladies at El Pipila got their masa from La Finca in Oakland, and I was fairly blown away by the rich, corny flavor. Both Omar Mamoon of Dough & Co. and I tried our hand at pressing fresh tortillas. 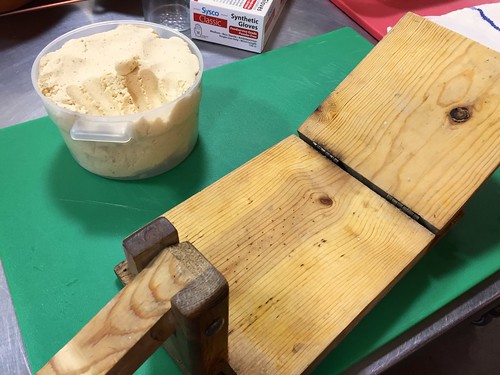 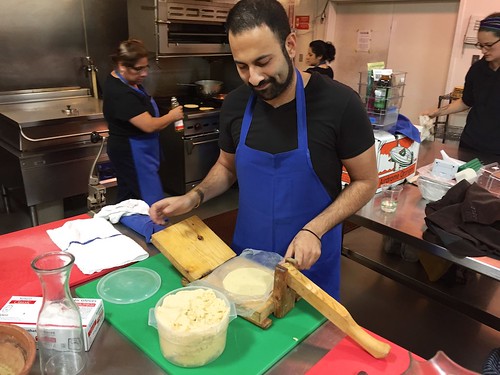 Lupe showed us how to make sopes, thicker tortillas that, while still hot from the griddle, you pinch around the corners to make a shallow bowl that you can fill with meats and salsas. 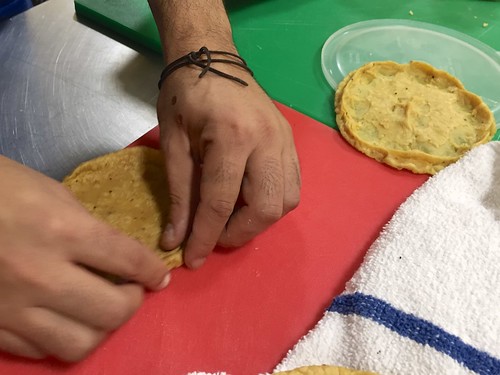 Once the tomatillos and serranos were ready, it was time to blend all the ingredients together. 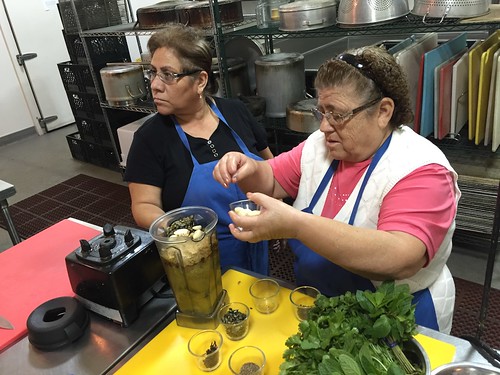 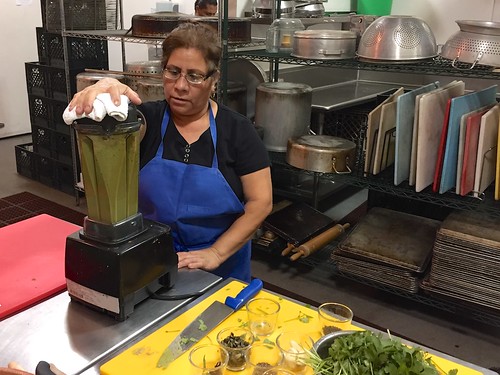 The blended mole goes into the pan with the pork chops, juices and all, and cooks until thickened into a rich, green sauce. 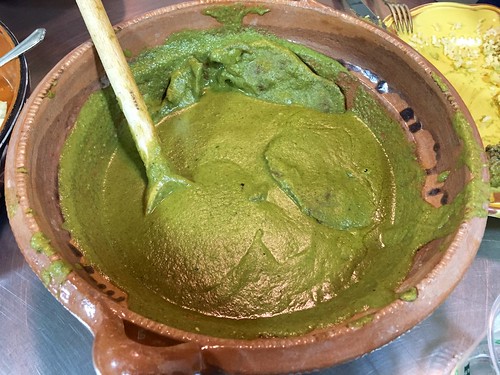 Serve the mole verde with rice and fresh tortillas. As a vegetarian option, you can use potatoes instead of pork, and it's quite good indeed.

Now that I'm back working up in the Levi's Plaza/Telegraph Hill/Nowhere area, I've been beleaguered…

I have a theory about cilantro. Though it is well known that a distaste for…