Hey, did you know that the UN has designated 2016 the International Year of Pulses? Of course you didn’t! Do you even know what pulses are? Bet not. I’m not talking the throbbing on your wrist, or the thing you do on the food processor to pulverize nuts. Pulses are dried members of the legume family that include beans, chickpeas, lentils and peas. This does not include fresh beans or peas, soybeans, or peanuts. Got it? Good.

I had the privilege to be invited to the gorgeous Culinary Institute of America Greystone a few weeks back to learn more about pulses, and get inspired on how to use them. During this weekend intensive, we heard from experts on the virtues of pulses, and then went into the kitchens to work with instructors to get our pulses racing.

Why pulses? Simple. Pulses are:

To get more people to enjoy pulses as part of their regular routine, they’ve launched the #PulsePledge, where you commit to eating at least one serving of pulses a week. In our household, that’s a no-brainer. We eat beans on the reg, most especially the fabulous ones from Rancho Gordo.

We were split up into two groups; each group would work first with either the pastry department or culinary arts, and then switch out the next day. On day one I got assigned to pastry, which struck dread in my heart. You know I’m a cursed baker, right? If you don’t believe me, just look at what I did to this pound cake on that day. 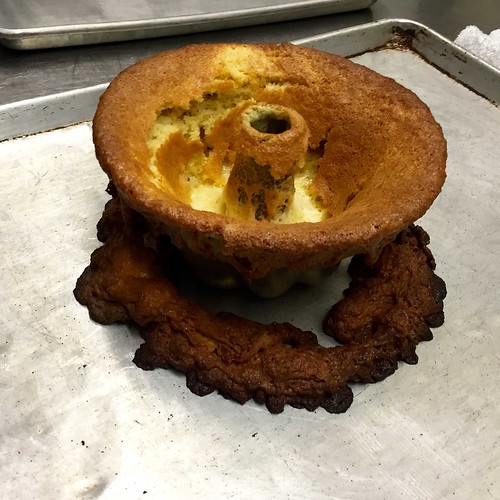 To be fair, the chef confirmed this was not my fault. It was a gluten-free pound cake, and the formula was not suited to the size of the pan. It over-rose, and broke tension, causing that nuclear crater effect. But still, this is not outside the realm of what I’m capable of under normal circumstances.

Yet I did have some successes, like this ham and cheese bread with chickpeas. YOU GUYS, I BAKED. 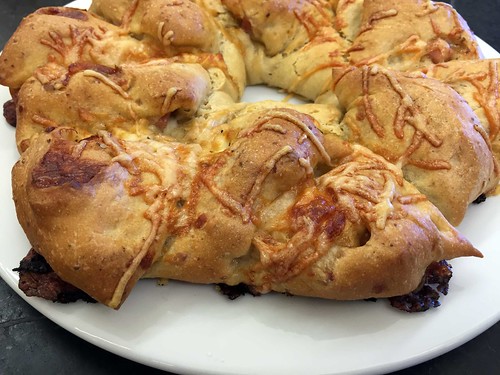 And on the second day I made falafel, very good falafel, with some cracking baba ghanouj and hummus. 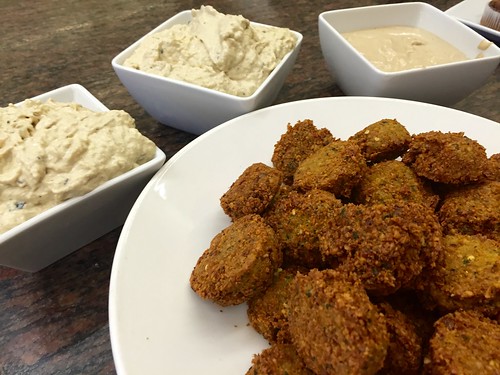 But the very first thing they demoed for us was what grabbed my attention. The pastry chef demonstrated how to make aquafaba, a foam of whipped cooking water from beans. Garbanzo water is most typically used, as it tends to be the most neutral in flavor, but apparently any bean water will do the same thing. For reasons that are apparently still not well understood, this liquid whips up into a sturdy foam. Three tablespoons of aquafaba can substitute for an egg white in most recipes. Unlike whipped cream or egg whites, it’s not terribly stable on its own. But when turned into this chocolate mousse, it can stay for days.

Anyone who knows me knows I don’t give a whit about gluten-free this or vegan that or healthy/clean/whatever the other, but if something happens to be any or all of those things and is also not just edible but delicious, I’m game. This happens to be one of those things. By using just three ingredients, aquafaba, almond milk, and dark chocolate, this mousse end up being dairy-free, gluten-free, vegan, low-fat, and low in calories. It is easy to make, and it is actually darn good to boot. Plus, it’s a great use of something you’d otherwise discard.

I’ve scaled this recipe down from the original one demoed, because it made A LOT, and really, this is enough for normal people. The mousse is good almost immediately, but actually benefits from sitting for at least a few hours, or even overnight, and will last for several days, covered, in the refrigerator. For the garbanzo bean water, I have been using the no-sodium-added garbanzos from Whole Foods that come in a tetra pack. The amount of water happens to be perfect for this recipe.

Once the ganache is cool, use a stand mixer with a whisk attachment to whip the garbanzo bean water on high speed until it forms a stiff foam. The whisk should be able to stand upright in the foam. 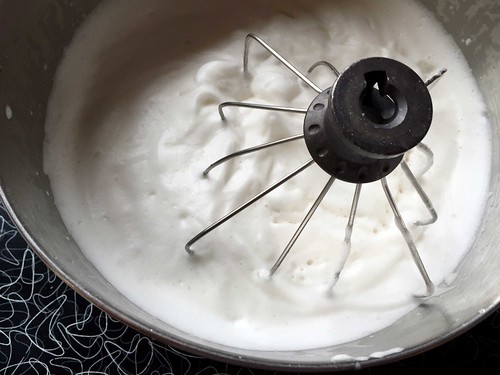 Add a scoop of the foam to the ganache, and fold in to lighten the mixture. Then, in three batches, fold the ganache into the foam, taking care not to lose too much air. 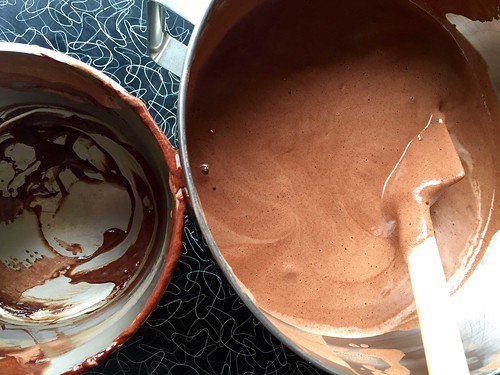 Pour the mousse into clean jars. We just happened to have an embarrassing number of old Miette pot de crème jars on hand (oh, like you don’t), but 2-ounce mason jars would also work well. Cover loosely with shrink wrap and refrigerate. Alternatively, let the whole mixture set, and make quenelles. 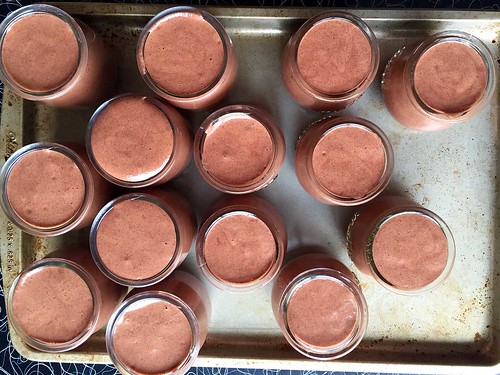 Interesting side note: While what little flavor the aquafaba has is utterly covered by the chocolate, I’ve found that there’s a curious side effect. After eating this mousse, anything after tastes mildly sweet, even water.

Serving suggestion: Pair this with my Thin Mint Julep!

Chocolates for V-Day or any day

Valentine's Day is just around the corner, but it's not too late to wow your…

I've always felt that anything worth doing is worth doing well. Pie crust certainly fits…