Tonight I’ll be presenting at NightLife at the Academy of Sciences on how pectin gives cranberry sauce its distinctive jiggle. Come join me, won’t you? I even made a nifty infographic for my piece on About Food Preservation.

Over on Punk Domestics I’m reviewing the lovely new release The Hands-On Home by Erica Strauss of the blog Northwest Edible Life. This one’s a keeper, folks! Enter to win a copy.

Over on About Food Preservation, I've got Erica Strauss' top tips for making food preservation easy, practical and fun. Stay tuned for a review and giveaway of her awesome new book! (Photo by Charity Burggraaf)

The other Rome | NaBloPoMo day 15

Rome’s historic center is undeniably full of wonders, but it’s the other side of the city, in its mundane splendor, that holds my interest most. During my recent visit, I had the opportunity to experience the everyday life in my cousin’s neighborhood, Trionfale, an up-and-coming area in the northwest of the city.

Because they knew I have an interest in food, they wanted to take me to the Mercato Trionfale. For many years a street market, the booths — all 273 of them — now occupy a modern structure. Past the sleek exterior, the market has a bazaar-like atmosphere. 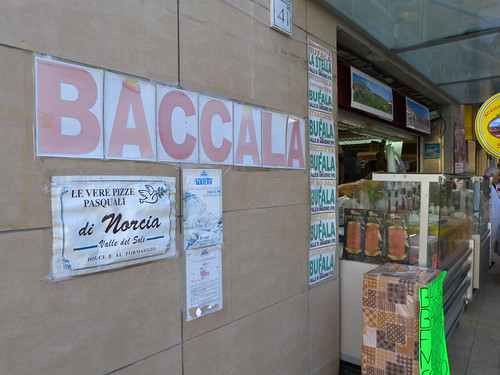 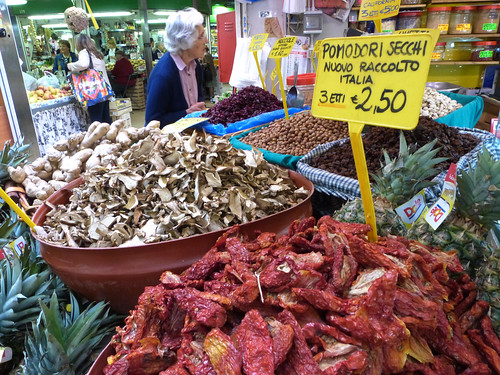 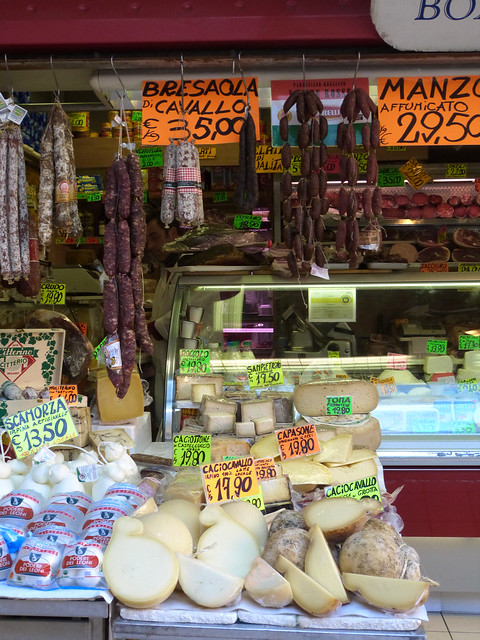 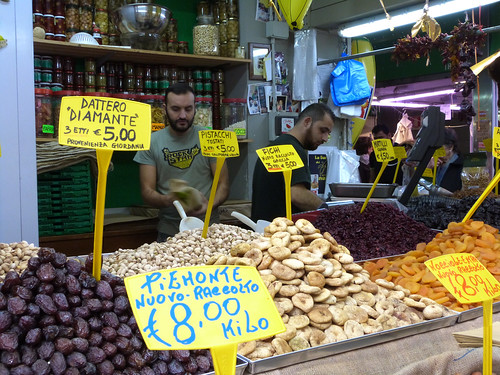 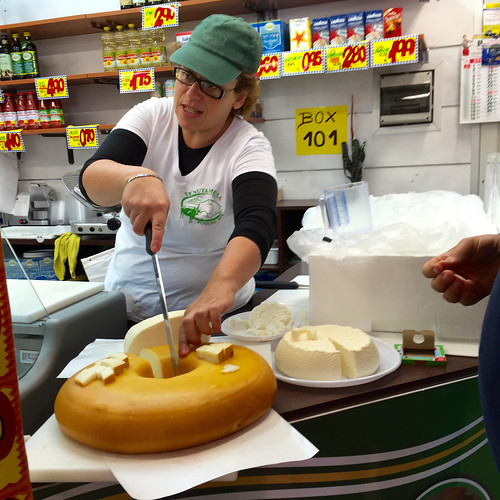 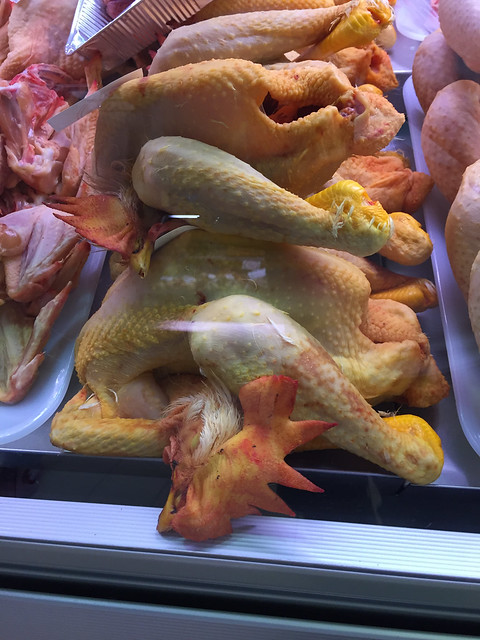 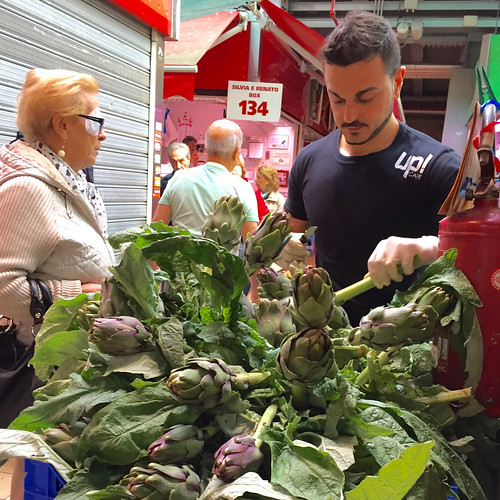 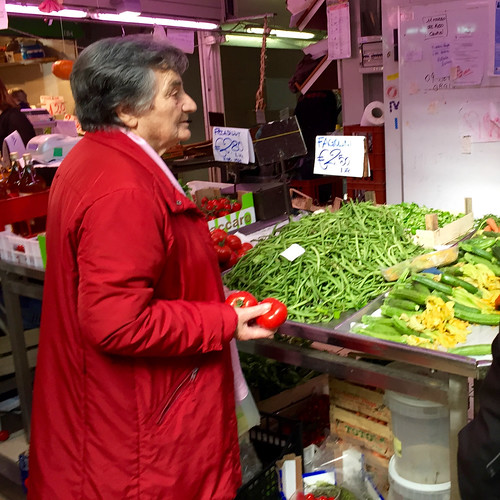 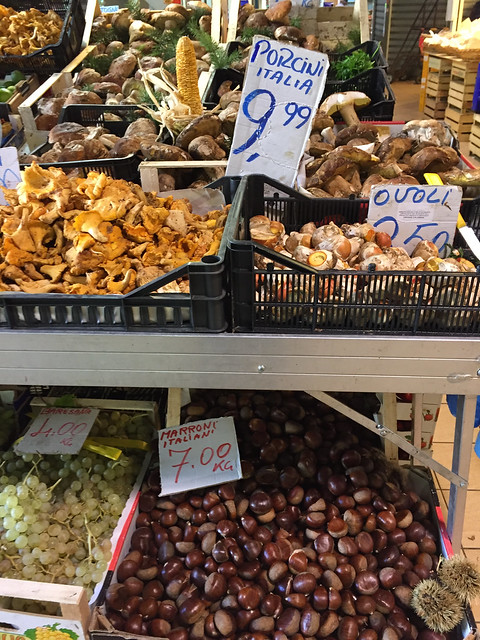 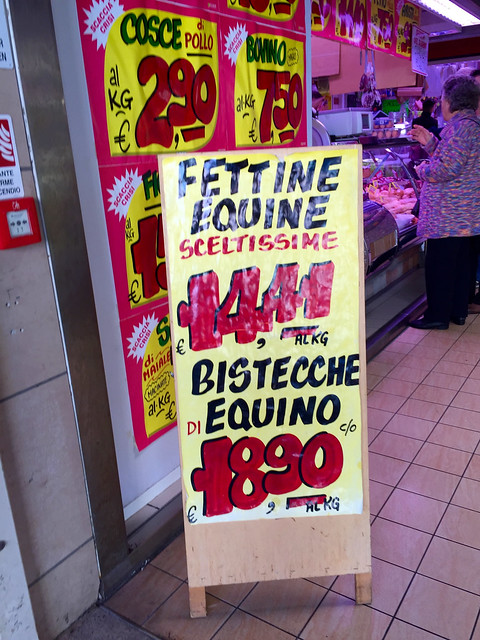 Yes, that’s a butcher advertising horse meat. I’ve seen this in France, but never Italy. When I asked my cousin about it, he was surprised to see it. He’s never eaten it, and doesn’t know anyone who does.

From there, Federico wanted to take me to Eataly. I’ve been to the Eataly in New York, and am fairly unimpressed by it, but Federico assured me that the Rome outlet was worth the trip. He and Renata often make an afternoon of it, much as we would go to the Ferry Building. So I hopped on the back of his scooter, and we zipped clear across town to the Ostiense neighborhood to check it out.

Eataly Roma is huge, five floors of all the epicurean goodness Italy has to offer. The selection is staggering. Aisles and aisles of dry pasta. Cases of cheese and salumi from every region. Nearly an entire floor of wine, beer, and spirits. But what struck me most was the produce, meat and fish. Everything was vibrant and fresh. All the whole proteins had bright, clear eyes, including sinister-looking pesce sciabola, or scabbard fish. 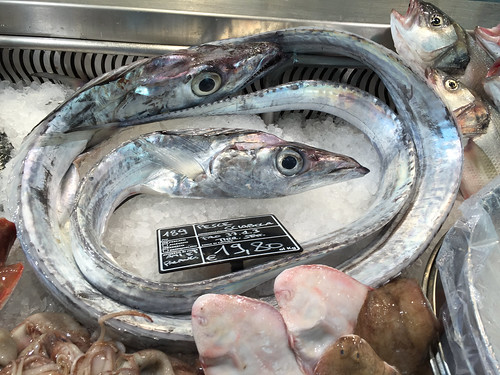 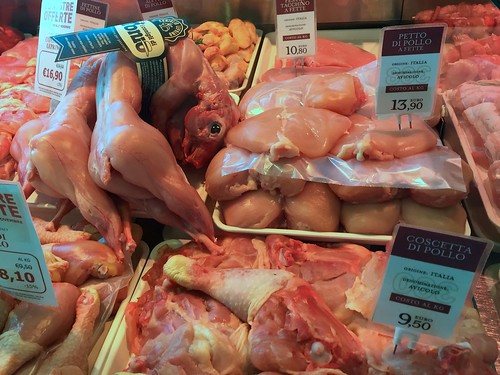 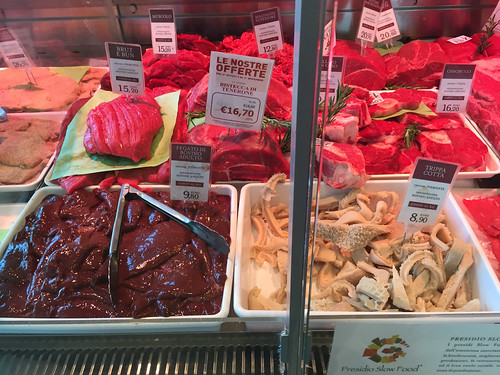 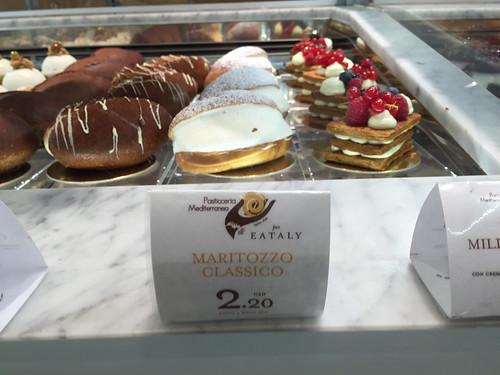 After we enjoyed lunch at one of the restaurants (there are several), Federico wanted to take me up to Monte Mario, a hilltop park close to his home, and the highest hill in Rome. The slow progress of Rome’s growth engulfed this enclave of what was once farmland. In fact, a handful of people still live in shanties in the park with their goats and chickens. They are now flanked by manicured greens and paved walkways, and adjacent to an increasingly tony neighborhood.

The vista from the park looks eastward over the city, but not the typical view. The duomo of St. Peter’s and the gnarled streets of central Rome are to the south. Here, you look over the modern structures of the Olympic stadium, Auditorium Parco della Musica, Palazzetto dello Sport, and MAXXI (National Museum of 21st Century Art). You look over the Flaminio district, and on past Pinciano, north of Villa Borghese. You see the other Rome, the quotidian Rome, the real Rome.

read more
Back To Top